Engine oil is something we rarely think about until we need it. Then, most of us just pay to have someone else take care of it. But choosing the right engine oil for your car is more complex than the tech at your local quick lube punching your make and model into the shop computer. There are lots of factors to consider: viscosity, synthetic or conventional, high mileage or standard.

So here’s what you need to know: the difference between synthetic and conventional oils and how to read viscosity. Synthetic oils are formulated from petrochemicals to be more adaptable than conventional oil. While both contain additives and detergents, synthetics generally last longer and maintain their viscosity at extreme temperatures.

With synthetics, there are two big factors: price (some can cost up to twice as much as conventional oil) and the condition of your engine. Most newer performance and luxury cars recommend synthetic oils. But if you have an older, high-mileage car, some drivers have complained of leaks once they’ve made the jump to synthetic. If your car is newer, we can’t recommend synthetic enough. If you’re not sure whether it’s right for your car, ask your mechanic.

However, we could introduce a right engine oil supplier for you : Advance Lube Enterprise Sdn Bhd is an engine oil manufacturer company that produce lubricants stretches since its establishment in 1994. At present, it is specializing on the manufacturing and blending of specialty lubricants, normal lubricants as well as chemical for automotive industries. Our customers consist of mostly wholesalers, importers & exporters. We also export to Thailand, China, Indonesia, Singapore, Dubai, South America, Saudi Arabia, Cambodia, Vietnam etc. We are now transform to be one of the leading engine oil manufacturer Malaysia . 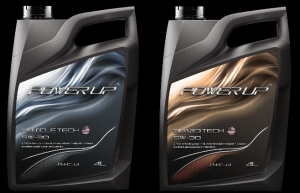 POWER UP ENGINE TREATMENT is an outstanding engine treatment for engine components that treats the surface of the metal to form a tough low friction shield. The tough low friction shield is able to withstand 4 to 5 times more load, pressure and friction as compared to conventional or normal engine oil, oil treatment and other form of engine treatments. It starts to provide lubrications where engine oil leaves off, by conditioning and penetrating the metal of your engine, not the oil. This is accomplished by smoothing the microscopic irregularities, cracks and points of uneven wear on the surface of bearings, pushrods, lifters, the crank and cam shafts. All internal moving parts that oil is pumped to is conditioned with a smooth, oiled surface which is more slippery and creates less friction than a non-oiled surface.

So if you want to find a reputable engine oil Malaysia,  please visit the official site at  : powerup.com.my

This website is optimized by me to make it appear on 1st page in Google. If you would like to make your website appear on Google 1st page too, please contact us through whatsAPP 016-2297116